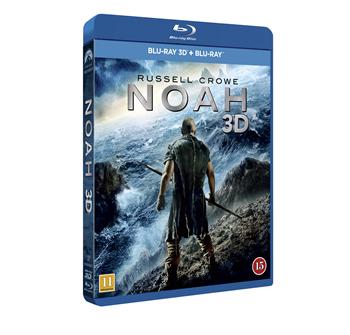 Q: Darren Aronofsky said when he was searching for an actor to play Tubal-cain he wanted someone who the audience believed could kick Russell Crowe’s butt. You’re the man.
A: (Laughs) Oh, I don’t know about kicking Russell’s butt. He’s a big boy, Russell. He’s a strong kid, you know. But it was great standing up opposite him. I have never seen Russell give a bad performance. He’s a great actor, so when you’re standing on set with Russell you know you’re alright.

Q: Russell has an image of being quite combative.
A: I didn’t find that. But, I think the bottom line is he wants to make the best film possible.

Q: Can you talk about your character, Tubal-cain? Unless you dig deep into the Bible you probably wouldn’t know who he is.
A: He is kind of like the first weapons dealer. He’s an arms dealer, but he was a king. I kind of looked at him in the Noah story as representing humanity. He’s humanity - what we are and what we’ve become. I also see him as Cain and Abel, you know, the bloodline. Kings back in the day thought they were from Gods. He thought he was the son of God. He says his father has stopped talking to him, so it is like a son being shunned by his father. It takes him to the dark side. That’s his problem. But, as a human being, when he speaks he has a point. I kind of agree with him in, ‘Why not save the human beings instead of the animals?’ Maybe that’s our problem. We do only think about us ahead of everything else. Maybe that is the flaw we have.

Q: It is interesting that a story that is so old has a message so relevant to us today.
A: Maybe some of the stories in the Bible are not stories that happened, but stories with a message that if we don’t take care of the precious things they will break and go away. Maybe that’s what we’re saying here: If we don’t take care of ourselves and behave in a proper way we could lose it all.

Q: What did you think when the Noah script first landed on your desk?
A: The first message I received was, ‘Would you like to be in Noah?’ I said, ‘Noah what? Noah’s Ark?’ They said, ‘Yeah’. Then they said, ‘Russell Crowe is playing Noah’. I laughed and thought, ‘The Gladiator is going to play Noah?’ Then I asked, ‘Who am I going to play?’ They said, ‘Tubal-cain’. I laughed again. Then they said Darren Aronofksy was going to direct it and that’s when I stopped laughing. I went, ‘Hold on. I can see this now’.

Q: So you weren’t instantly onboard?
A: The first script they sent me was the wrong one. I told Darren. I said, ‘This is terrible’. He said, ‘You’ve got the wrong one’. Then he sent me the right one and I could see they were going to make an epic with a great script. What a change (laughs). With Darren and Russell, I was onboard. I knew I was in good hands.

Q: There’s a scene in Noah where you eat a lizard. Was it real?
A: No. It might have been tastier if it was (laughs).

Q: It looked chewy.
A: It was this gelatin stuff. You bite it and it’s tough to eat. A real lizard would have been a lot tastier. It was a bit bony.

Q: Noah shot in a couple of locations. Did you go to Iceland or did you stay in New York?
A: I didn’t go to Iceland. I love Iceland. I have filmed there before. I filmed Noah on Long Island during a very hot summer and then in New York, in Williamsburg. They have an armory there - we did a lot of the interiors there.

Q: The ark used in the film was built to the exact proportions described in the Book of Genesis. As an actor, not only must it have been amazing to work on such an elaborate set, but also it must have been helpful to get into the character.
A: It was. The CGI was done quite sparingly. The ark was incredible. You felt like you were in the presence of Noah and his ark.

Q: You have been a part of so many great films - The Departed, Sexy Beast to name just a few. What gets you excited at this stage of your career?
A: A great script. It doesn’t happen that often. Something like Sexy Beast or 44 Inch Chest. I did a film down in New Zealand I loved called Tracker. It didn’t do any business, but I loved every minute of it. There were good people involved, a great location. That’s what gets my juices going.

Q: As we were saying earlier, Noah is huge in scale. You have been a part of big films before, but with Darren Aronofsky at the helm it must have been different.
A: It was. It was a big, big production, but with Darren, it was also like working on an indy film. It was very much about the characters. He would get very involved with the actors. The scale of the movie didn’t overtake it. Sometimes big budget movies get carried away with explosions and there’s not much intelligence. It was an indy film with epic proportions. 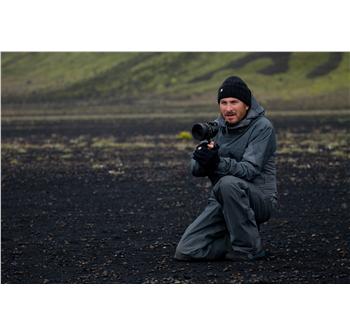 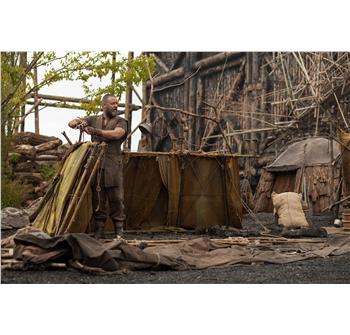 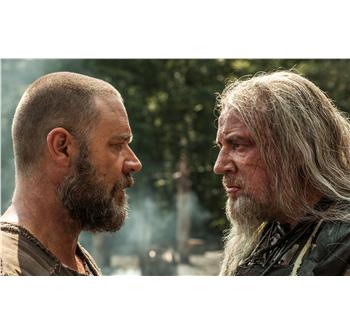 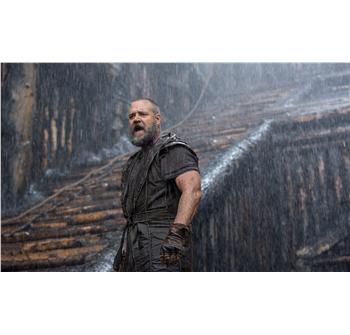 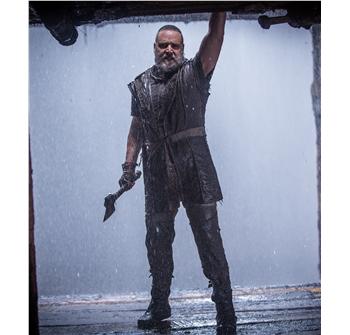 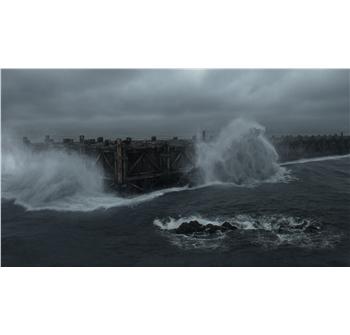